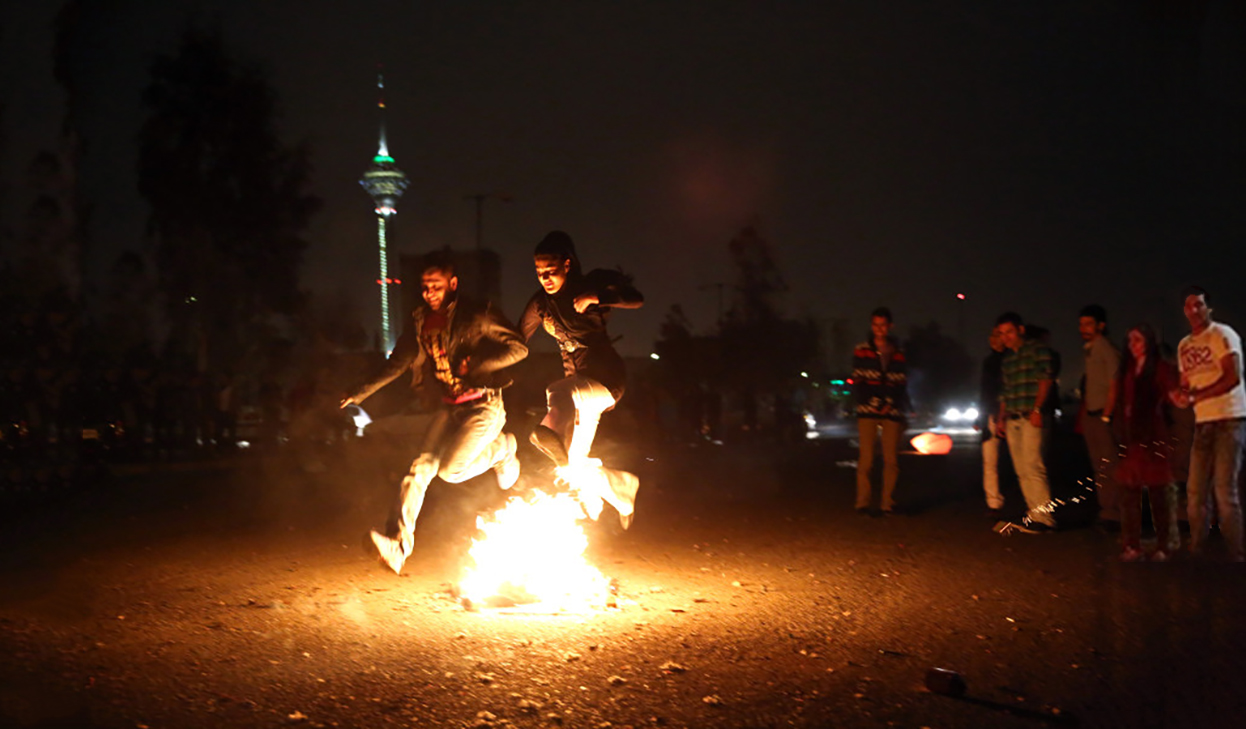 The eve of the last Wednesday before Nowruz (Iranian New Year) is a merry day of sweet memories for Iranians. Why? Because it is time to celebrate Chaharshanbe Suri, a nationwide Festival of Fire Jumping.

To celebrate and enjoy the happy festival of Charshanbe Suri, family and friends come together and help in making a big bonfire. When the red flames start their ethereal dance, the dear ones gathered together also begin their celebration of Charshanbe Suri.

Now, as tradition dictates, all the people gathered around the fire are obliged to jump over it, singing the following line in hope of a healthy new year: “Your red color is mine, my yellow color is yours!” And as the celebration goes on, singing and dancing and laughing goes on until late into the night.

Many believe that Chaharshanbe Suri is a Zoroastrian celebration, which is not completely true. Since the Arab invasion, the way people celebrate this festival has changed a lot. For Zoroastrians, along with air, water and soil, fire was a scared, purifying element which should have been kept away from any impurity. So, it would not be logical to think that they used to ignite fire in the streets and jump over it.

Well, let’s leave history aside and get back to the modern day Chaharshanbe Suri. Not until long ago, Chaharshanbe Suri included a very fun custom, much similar to the trick-or-treat performed at Halloween. However, here in Iran, it went by the name of Ghashogh-Zani or Spoon-Banging: Men and women covered their faces, went to the door of their neighbors and tried to catch their attention by hitting bowls with spoon. Then, a member of the household came to the door, took the bowl and filled with it with Ash (Iranian Soup) or chocolate.

Another custom associated with Chaharshanbe Suri, which is still very common between Iranians, is the custom of eating a special mixture of sweet and sour nuts. Eating this special mixture of nuts is believed to come with many benefits, most important of all: making long desired wishes come true!

And, that’s how the eve of the last Wednesday is passed in Iran: a merry night of jumping over fire, dancing, laughing and hoping for a bright future.

All Information You Need  For  Travelling to Iran.

Yalda Night: Celebrating The longest Night of the Year