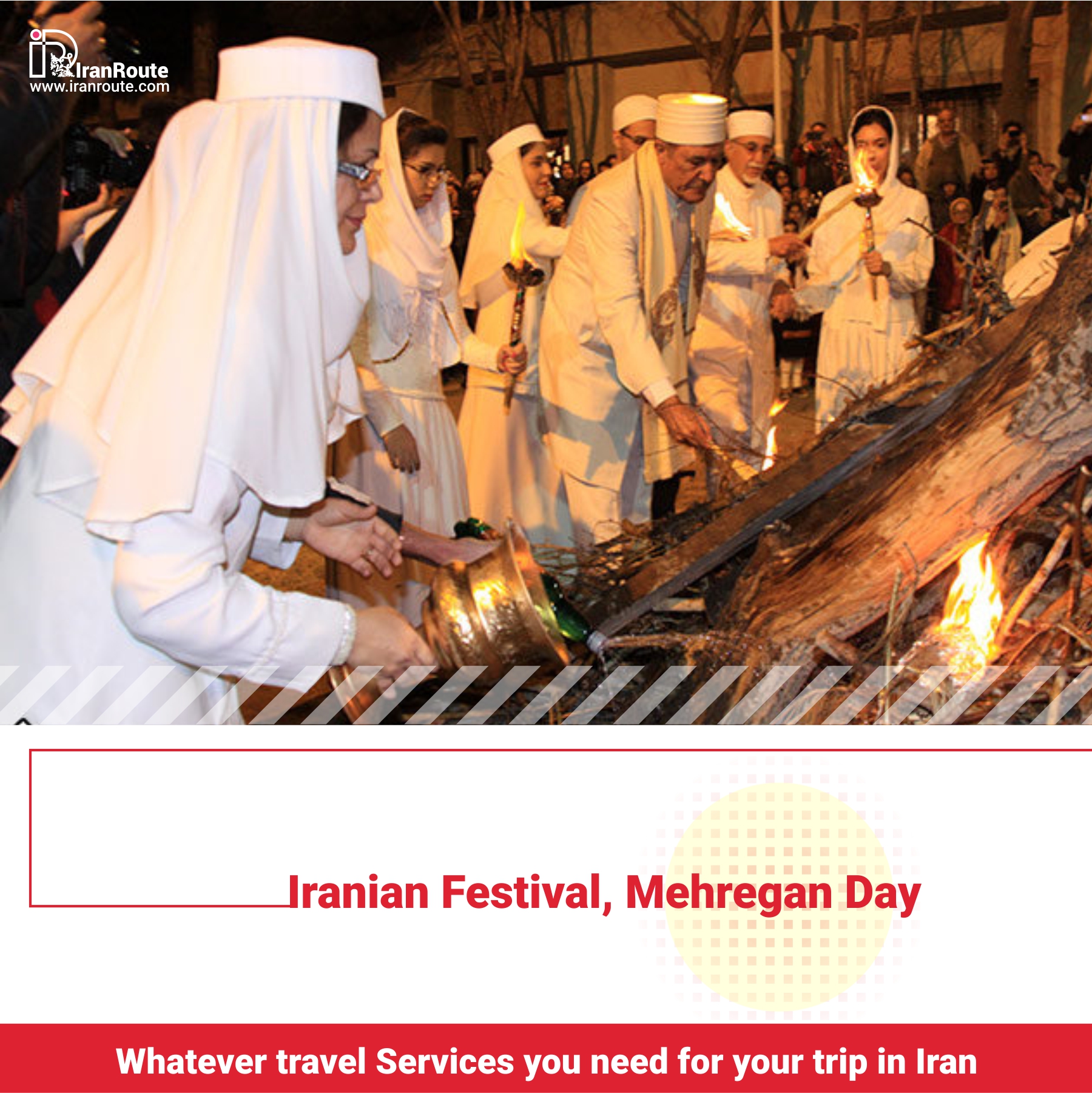 Mehregan: The Autumn Festival of Harvest from Ancient Persia

You may have heard about Nowruz, a well-known festival throughout the world, but not many people know about Mehregan, the autumn festival of harvest. For this reason, we have decided to introduce Mehregan and the festival associated with it to the tourists and foreign visitors of Iran. So, to get familiar with this ancient festival and intangible cultural heritage in Iran, please take your time and read our article.

Mehregan and its History

Based on Avestan texts, the year was divided into two parts or seasons in ancient Persia: summer and winter. Accordingly, Nowruz festival celebrated the first day of spring (March, 21) and the coming of summer while Mehregan celebrated the first day of autumn (September, 23) and the coming of winter. So, Nowruz coincided with the Spring equinox and Mehregan with the Autumn equinox.

Furthermore, Mehregan is also a name-day festival. But, what is a name-day festival?  The ancient Iranian calendar had 12 months, each month including 30 days. Now, each day of every month had its own specific name, with one day bearing the same name as that of the month in which it was included. For example, the month Khordad included a day which was called khordad.

The interesting point about this system is that the day which matched the name of the month was considered a special day, a day of feasting and celebrating. Now, the 16th day of each month was called “Mehr,” so the 16th day of the month Mehr (the first month of the autumn based on the Iranian calendar) was a feasting day on which the festival of Mehregan was celebrated. Nowadays, since the first six months of the year have 31 days in the new Iranian calendar, the festival of Mehregan falls on 10th day of Mehr (2ndOctober).

Mehregan is celebrated in honor of Mithra or Mehr, the goddess of contracts and covenants and, therefore, of interpersonal relationships such as love, affection and friendship.

In addition, Mehr is also considered as the goddess of light. It is believed that on the day Mehregan, the goddess Mehr defeated all the darkness in the world and filled the earth with light. The stone reliefs in Persepolis which depict a lion eating a bull refer to this idea of Mithra or the light defeating darkness.

The day Mehr is also believed to be the day on which the first humans, Mashi and Mashiane, were created.

Also, legend tells us that it was on the day of Mehr when angels came to the help of Fereydoon and Kaveh to defeat the evil Azydahak (Zahak in Persian sources) and imprison him in the Mount Damavand.

At the public level, Mehregan was celebrated as the festival of harvest. It was celebrated for six days during the month of Mehr, starting on the 16th(Mehr Rouz) and ending on 22nd (Raam Rouz).

During the reign of Achaemenids, Mehregan was celebrated with all the possible grandeur and splendor at Persepolis. Just like the ceremony of Nowruz, delegations from the subjected lands came to Persepolis to present their gifts to the King of Kings.

Although the Goddess Mehr is not worshipped anymore, Mehregan Festival is still celebrated among Iranian Zoroastrians.

To celebrate Mehregan, the participants wear colorful clothes and set a decorative table. The holy book of Khordeh Avesta, a mirror and Sormeh Dan (antimony cellar) plus rosewater, flowers, sweets and fruits, especially pomegranate and apple, are what decorate this pretty, colorful table. Sometimes, a few coins and sea-buckthorn seeds are placed in a bowl containing pleasant smelling marjoram water and put on the table. Pistachio and almonds are also used.

The celebration continues like this: after lunch, the family members and participants gather together and stand up in front of the mirror to pray. Then, they drink sherbet and run antimony around their eyes, as a sign of good omen. Finally, they dance hug and throw handfuls of marjoram, sea buckthorn and noghl (sugar bum) over each other’s heads, making love bounds between themselves stronger and more everlasting than ever.

Practical Note: Presently, Zoroastrians of Yazd and Kerman celebrate the festival of Mehregan in their fire temples. However, you should get permission to attend the ceremony. If you are allowed to be with them, good luck and have a day full of love with them.

read more: What Is Tirgan Festival And How Do Iranians Celebrate It?